For February’s Secret Recipe Club, I was paired with Lynsey of Lynsey Lou’s. Lynsey is a natural in the kitchen – she learned to cook with her family as a child and continues to spend lots of time trying new recipes! I am so impressed with her beautiful photos and how many recipes she has – I wish I had her level of dedication and inspiration!

She has tons of delicious recipes, including her peanut butter caramel skillet cookie, homemade coconut almond granola and roasted banana pudding! She even has theme weeks like peanut butter week, waffle week and slow cooker week!

I ended up choosing her Brussel Sprout Slaw. It’s a bit of a Christmas-y dish, but I knew I couldn’t pass it up. It didn’t disappoint!

I had to make a few changes as finding pomegranets at this time of year is equivalent to finding the holy grail and I can’t eat Greek yoghurt. I made 2/3 of her recipe, but only made half the sauce as I’m not a soggy salad person. I used vegan mayo, and olive oil instead of vegetable and we ended up adding bacon (not pictured) as what salad isn’t made better with bacon? 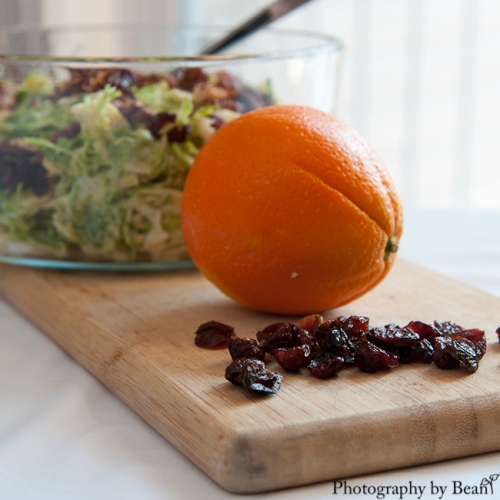 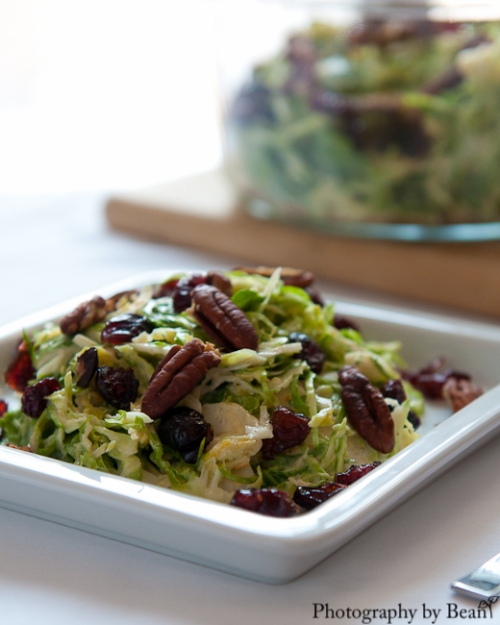 Check out the rest of Group D’s recipes by clicking below!