2014 was definitely a year of ups and downs both physically and emotionally. I went from mountain tops to caves and had great trips, time spent with family and fufilling alpine skis and hikes to living apart from Mr Bean, bike accidents and the death of my Grandpa.

Below are my 10 favourite photos from 2014 and I think they give a fairly good summary of the highlights from 2014.

What were your highlights from 2014?

There was a guy like this who captured exactly how I feel when I’m skiing. No pictures allowed unfortunately.

How did almost two months pass so quickly? You mean this trip wasn’t just yesterday? Oh man. I guess I’ve been busy! 🙂 Thankfully, there are lots of good memories and pictures from it to remember the fun! 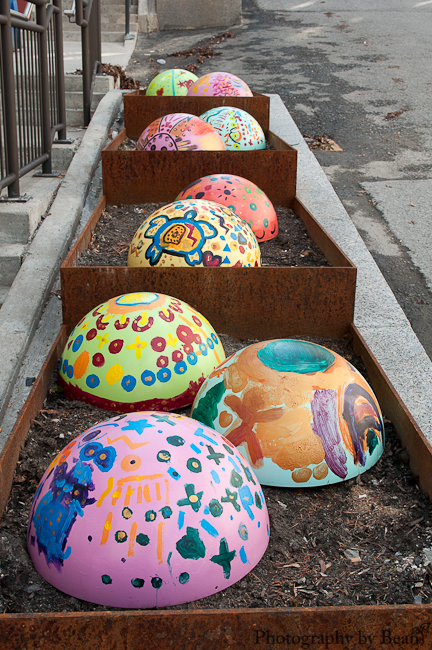 Also, good company! When I’m with my sister, we have fun: 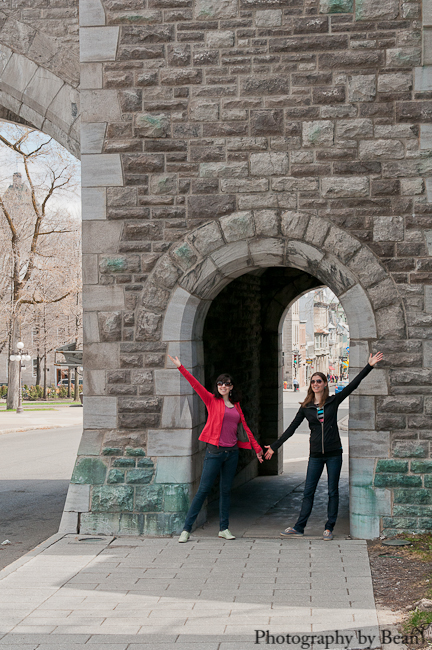 We saw some really happy things – like this ecobus!

And the pink pi house: 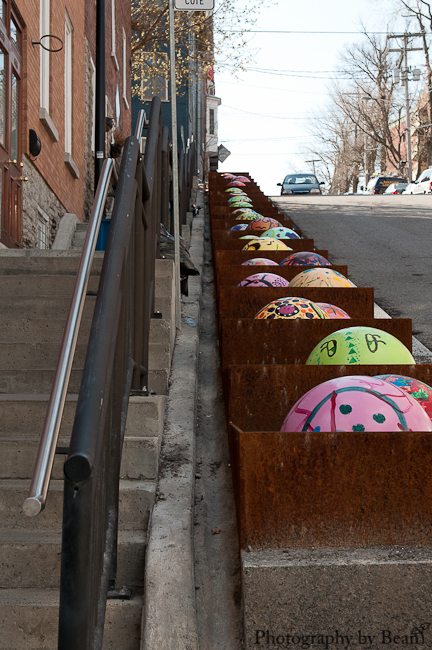 This wasn’t so much fun, but was quite the accomplishment – there is a flight of stairs from the river level to the Plains of Abraham  – this view is only about half way up. 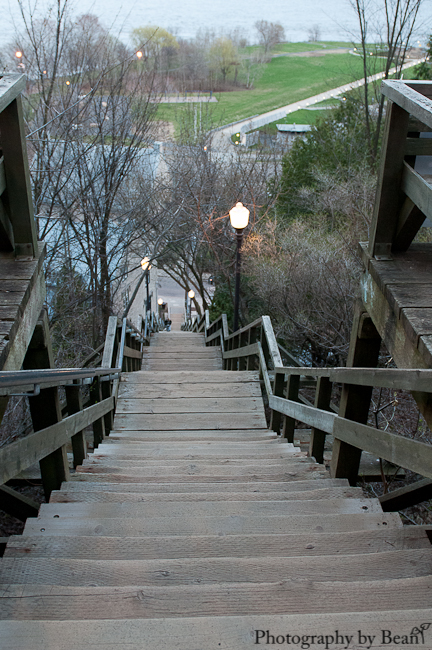 We had dinner at the La Saute Lapin – “The Jumping Rabbit” and it was really well decorated. Really great food as well – very gluten free friendly! I don’t think I’ve eaten that much bread in a single day for a really long time… 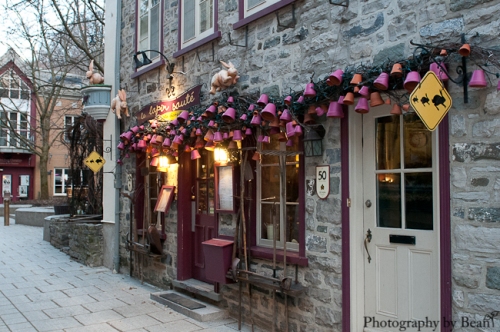 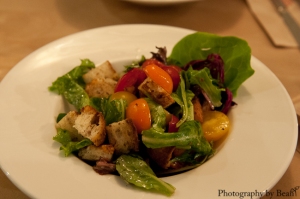 Started with a Green Salad with GF Croutons 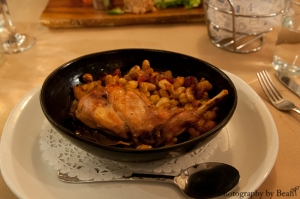 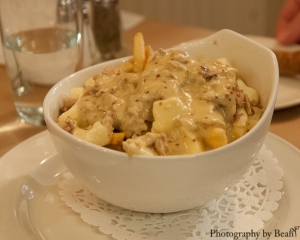 Charcuterie Board for the Sister complete with GF bread

What’s your favourite memory from a recent trip?

The other weekend Mr. Bean and I had a whirlwind trip to Quebec, where we spent a few days in Montreal, visited my sister and spent a day in Quebec City.

I’ve always wanted to go to the old city in Quebec City as I love that style of architecture from the 1700’s with stone buildings and colourful wooden windows. Let’s just say that my inner 14-year-old was incredibly happy the entire time we wandered around. 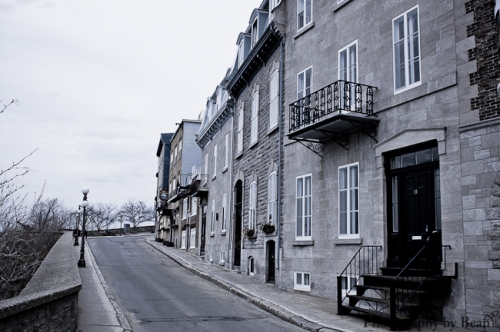 My favourite thing to do when visiting a new city or place is walk around and look at stuff. Then I get to see everything up close and I can pretend that I’m a local (plus, the exercise helps even out all the tasty food I inevitably eat. Priorities!) 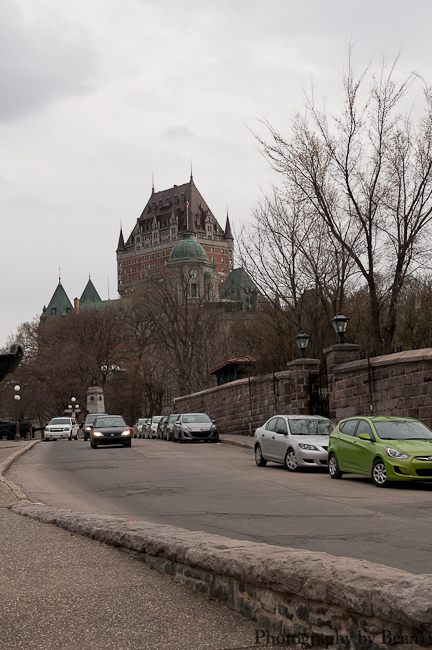 Another one of the things I wanted to see was the Plains of Abraham, where the Battle of Abraham took place in 1759 where the British defeated the French, essentially setting Canada up to be an English-speaking county. Not that I’m a nerd or anything. 🙂

View from the Citadel 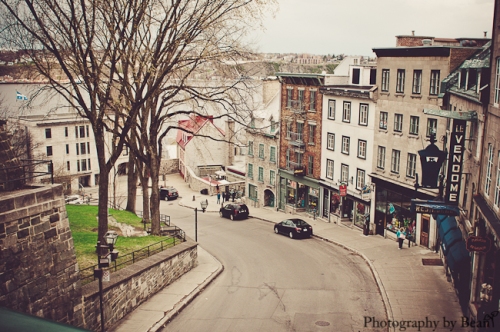 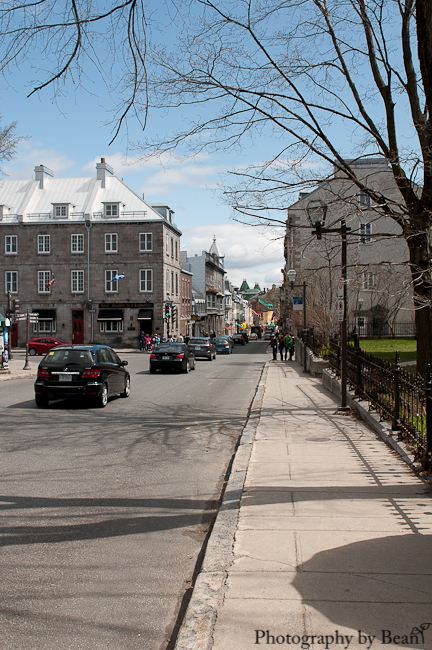 We stayed in a really sweet hotel called the “Chateau des Tourelles“. It’s a pretty sweet setup as the hotel is a bunch of adjacent flats combined and renovated. We had one of the studio rooms, which was on the top floor (our bathroom window is the mini pseudo circular window under the gable – how cool is that?). They even had a deck on their roof, which looked over the newer parts of Quebec city. I would definitely recommend this place if you’re ever going to go to Quebec City!

Where have you always wanted to visit?

Winter is really much more enjoyable when you do something to enjoy it. I know, it’s May so winter should be the last thing on my mind, but it’s still winter-y here. Maybe it’s the snow today or I finally feel slightly organized for the first time in a long time, but I thought it was the right time to share pictures from my winter adventures with you!

I haven’t really shared here that I started doing something last year that I used to think I would NEVER do: I tried downhill skiing and I LOVE it. Like “I-sometimes-take-days-off-in-the-middle-of-the-week-to-go-skiing” love it.  Add in some cross-country skiing and snowshoeing and I can say that this (long) winter definitely wasn’t too bad!

Snowshoeing up to the Fire Lookout in Peter Lougheed Park. 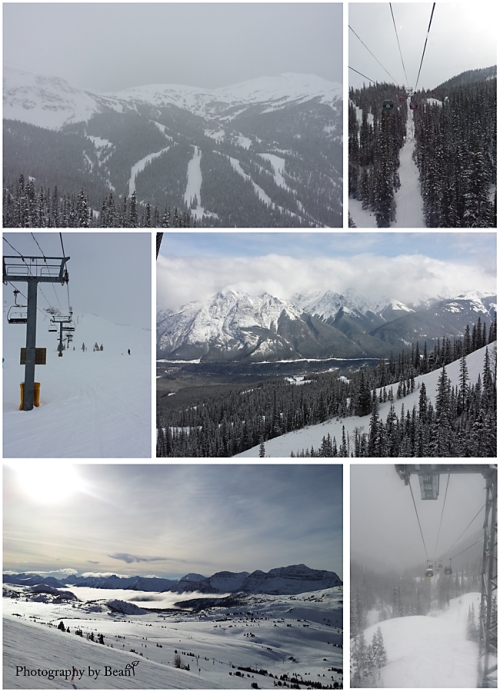 Downhill Skiing at Sunshine and Nakiska

I even participated in this year’s work ski trip to Whitefish! It was a really fun trip despite a few adventures due to poor visibility and splitting up with the people I was skiing with.

The best visibility that we had in Whitefish! 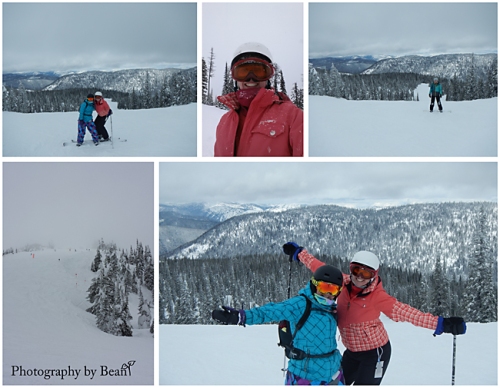 Fun Times at Whitefish! The picture on the bottom left corner is the best visibility we had on the second day!

One day Mr. Bean and I decided that we were going to try going cross-country skiing, not realizing that it was too warm for any of the waxes that we had and that the snow was so bizarre it really wasn’t worth it. It was the “longest” trip we’ve ever had – about 50m of skiing. So we went for a walk at Kananakis Village instead. The sun even came out!

I’ve met some pretty entertaining people on the ski lift – from the American guy in Whitefish who chewed us out for trying to put down the bar and then tried to make up for it by calling us “cute Canadian girls,” to the guy who asked me if I took selfies because it was my birthday to the old guys who were complaining how powder was horrible and they hated it.

I’d have to say that my favourite day of skiing was my birthday! I took my flex day and you couldn’t have asked for a better day. It was sunny, warm and the snow was decent! By the end of the day the snow had really softened up, which was kind of fun as skiing through slush makes you feel like a hero!

Birthday Skiing at Sunshine – Pretty much the best day ever! Look at Mount Assiniboine in the background!

Even though, as much as I love skiing, I am ready for spring to finally come!

Where does time go? It’s hard to believe that Christmas break ended over a week ago. Thankfully, I had a really good Christmas break (unlike last year where I got sick) with lots of family, skiing and good food! Mr. Bean and I even managed to get away for a few days to the cabin we had our honeymoon at in Field, BC. We wanted to improve on our last trip out two years ago, where we were both very grumpy and didn’t have much fun, so this time we were both determined to enjoy ourselves – apparently it helps if you have the mindset of “it’s not the end of the world”! We went cross-country skiing, snowshoeing, tromping, enjoyed good food and hung out in front of the fire. Mr. Bean was a champion and skied 16km (10 miles) up Moraine Lake Road despite not having gone skiing in over a year!

One thing I did get to partake in that I really haven’t in a while, was night photography. Luckily, we had fairly mild weather despite it being mostly cloudy and a new moon (so no sweet moonlight on the mountain photos like a few years ago.) Oh well, I tried to make the best of it with decent results and lots of fun had. I first tromped all over field: 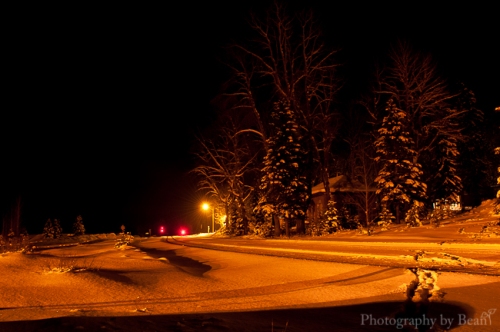 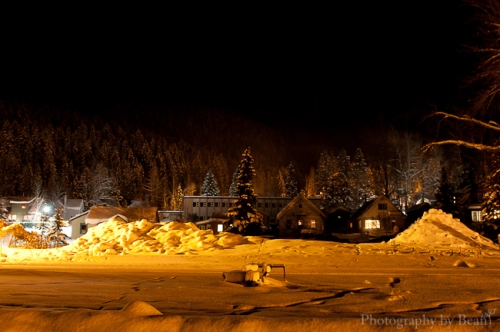 One interesting thing you can especially see when the moon isn’t around is the colour of various light sources:

Going right after Christmas with all the coloured lights probably help as well.

We were there for two nights – the first night when I went out, no trains came around, so I was stuck playing with textures, shadows and light in different kinds of motion: 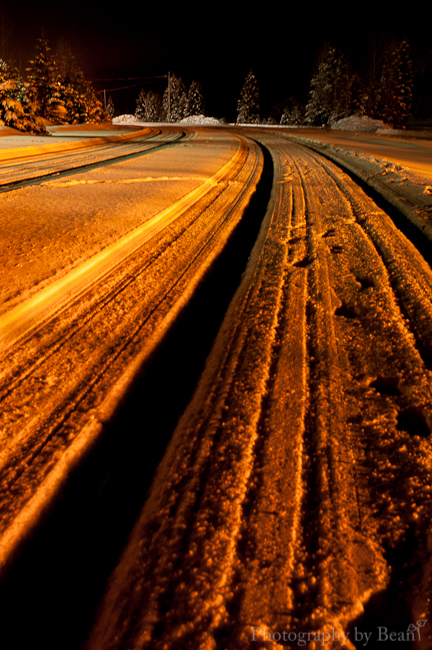 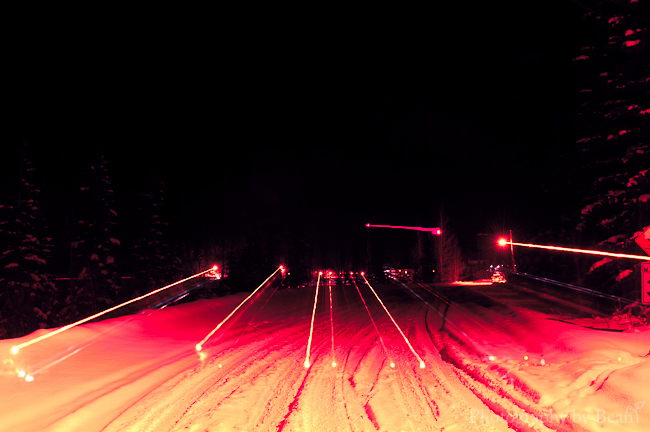 However, on the second night, a train showed up! (I’m sure my dad would be proud of my excitement).

Random fact: Did you know that the drivers exit the train from a door on the very front of the locomotive? That makes me incredibly happy.

Maybe it makes me a complete nerd, but it made this photographer very happy to play with motion. Also, I think I provided some amusement for various people as I ran from one side of the village to the other to capture some shots. 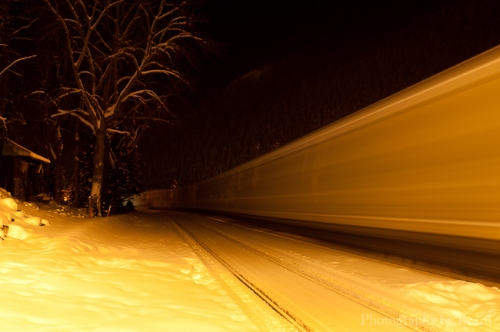 I think I probably spent almost four hours outside and both nights Mr. Bean was already in bed by the time I finally got in. Oh well, totally worth it! 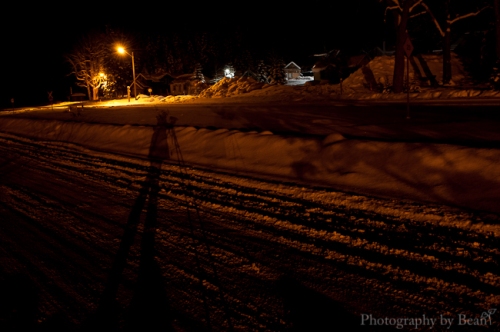 What was the favourite thing that you did over Christmas?