I wanted to make some cookies to help me enjoy life despite being so restricted on the elimination diet I am currently on. I decided to adapt my Gluten Free Vegan Oatmeal Raisin Cookies to see if they would work and thankfully they did!

I made them one time without gums and they were tasty but very crumbly. Then after some research, I learned that you can use psyllium husk as a substitute for gums and this batch stuck together much better. I forgot to get true psyllium husk from the store, so I just opened my husband’s fiber capsules, which are pure psyllium powder. (Apparently, I’m a fan of use what you got on hand!)

Makes 24 – 30 cookies depending on size and how much batter you eat. Cookies do decently in a sealed container on the counter for 2-3 days, but are best stored in the freezer.

My son helped me make and photograph these cookies and he was more than happy to enjoy the fruits of his labour!

Well, it’s been …a while. Lots has happened in the last 5 years and right now I’m on a Top 12 total elimination diet for baby G. This means no:

I wanted to create a list of foods I’ve made/ found that work for this diet for future reference and maybe help other poor souls going through a similar experience. Typically I make lots and then eat leftovers for a while to minimize food prep time.

I hope these are helpful for some different ideas for Top 12 free food ideas! If you need more, check out Free to Feed and their cookbook! 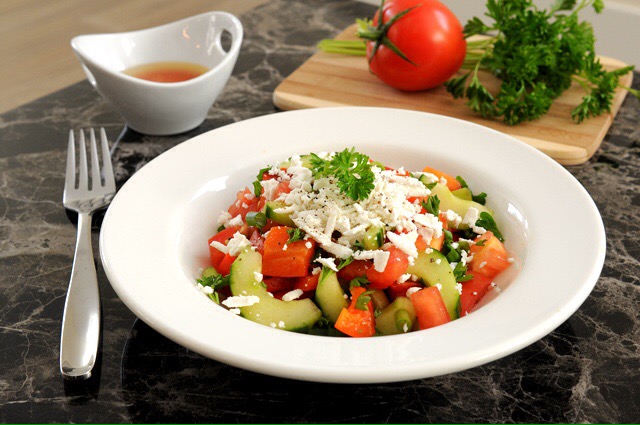 For this month’s SRC, I was paired with Tara of Tara’s Multicultural Table! Tara’s blog is amazing – like it implies, there is tons of food from all over the world. After looking through her delicious Recipe Index, I realized that my exposure to cuisine worldwide has been severely limited! She has recipes from most countries around the world and everything looks scrumptious! 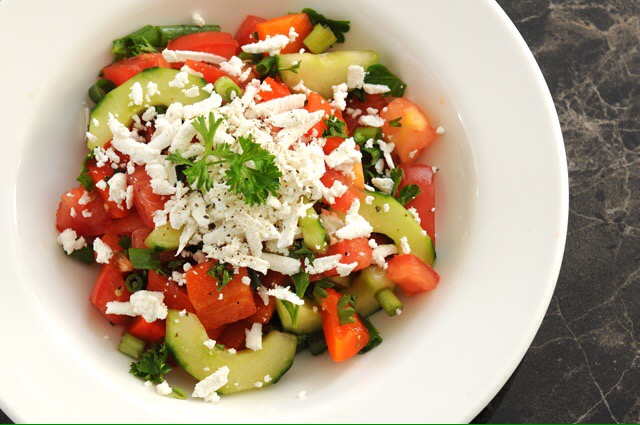 It was a hard choice, but I chose to make her “Shopska Salata” or Bulgarian Salad. It’s kind of like a Greek Salad, but better as there aren’t any olives or harsh huge chunks of onions and the roasted peppers add sweetness and additional depth of flavour. The red wine vinegar adds a fruity undertone, which really complements the salty goat feta.

Roasting the peppers does add additional time and effort to the recipe, but it’s totally worth it. 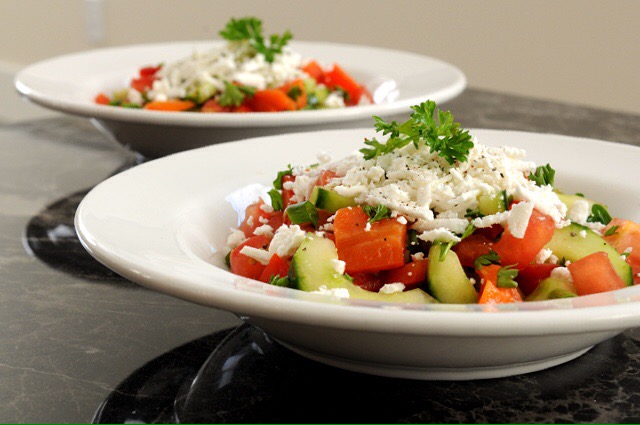 3.5 oz. Goat feta, grated (to be traditional, use Sirene cheese) 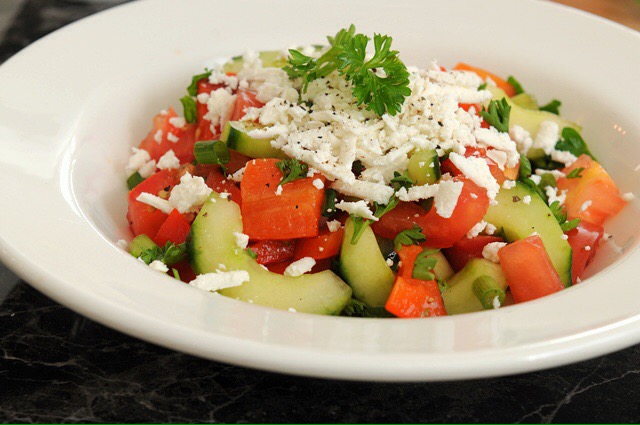 What’s your favourite type of salad?

Please check out the rest of Group D’s recipes by clicking below! 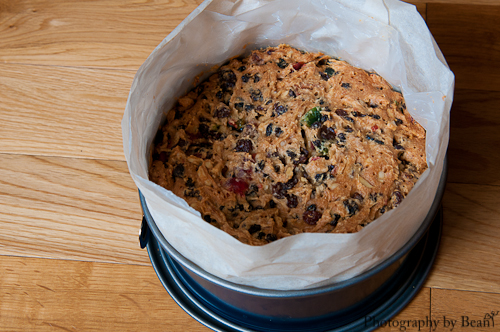 My mom loves Christmas cake. So after I discovered ghee, I have been making a version of my Grannie’s Christmas Cake for her the past few years. I’ve modified it to take out the parts I don’t like and to make it a bit (emphasis on the bit part) healthier than the traditional version. First, I have removed the candied citron peel as ain’t nobody got time for that (aka. it’s gross). Then, I replaced some of the usual candied fruit for unsweetened dried fruit. Third, I douse it in way more brandy than the original recipe called for as it needs to stay moist of course!

This cake is super rich – it’s great when you eat it just because, but it is amazing when you eat it while skiing or while outside in cold weather. I think it’s because the ghee and brandy to help keep you warm! 😉

Note: When you thaw it, douse it in brandy. Trust me, it’s worth it. 🙂

Are you a Christmas Cake lover or hater? 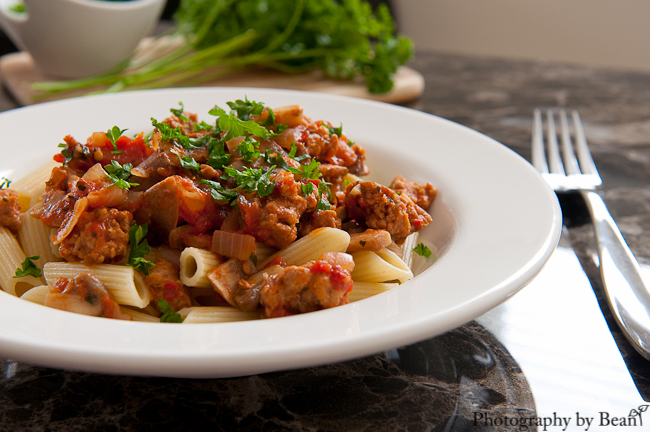 For this month’s Secret Recipe Club, I was paired with Rebekah of Making Miracles. Rebekah is a surrogate mother (which is awesome!) and has two kids of her own. Unfortunately, her 17 year old son recently had a stroke and so I ask you to spare a moment to pray for his recovery! She focuses on making food that is “quick, easy and family friendly!” 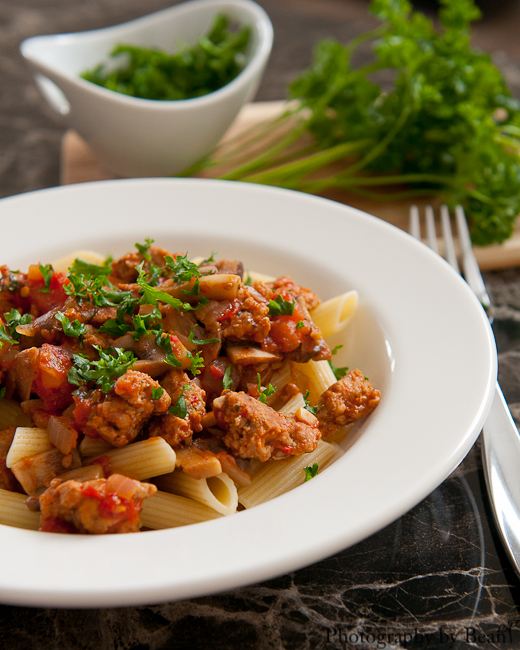 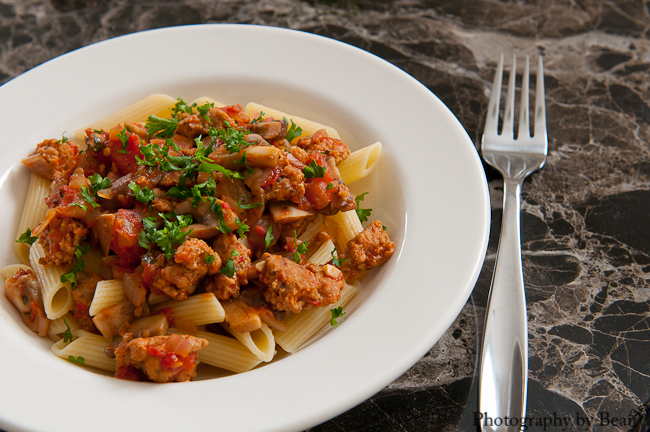 She has a large selection of baked goods, but I was visiting Mr. Bean in Red Deer for the weekend, so I had no access to my usual baking and gluten free flour supplies. I chose her Mushroom Sausage Ragu and it did not disappoint! It was fairly simple and very delicious, making it a perfect dinner. We ended up making about double her original recipe, which made excellent left overs. 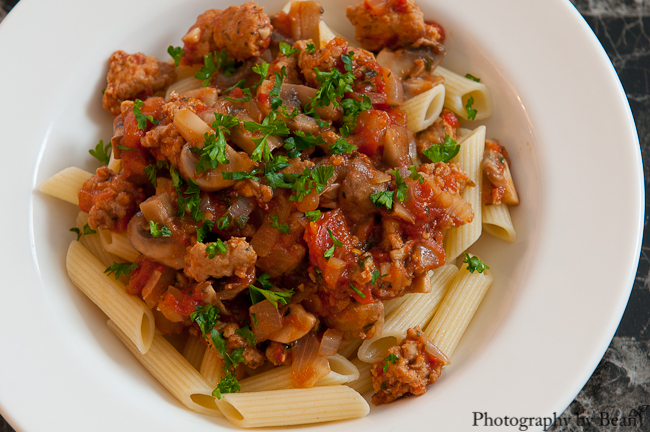 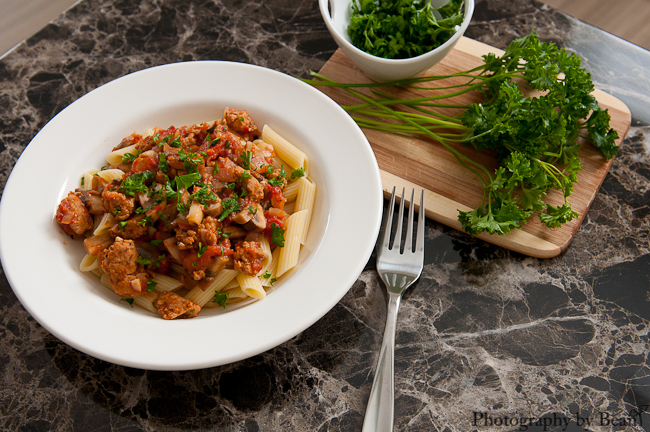 Please check out the rest of Group D’s recipes by clicking the link below!