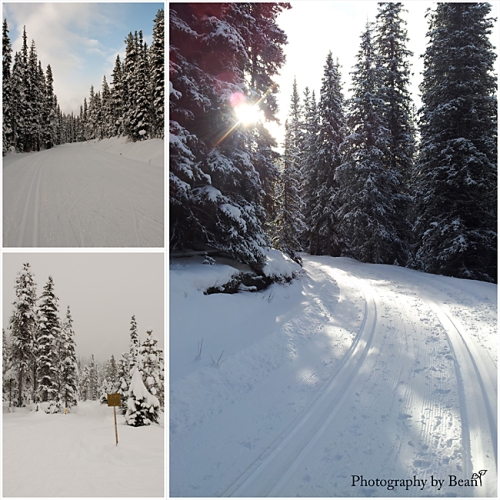 Winter is really much more enjoyable when you do something to enjoy it. I know, it’s May so winter should be the last thing on my mind, but it’s still winter-y here. Maybe it’s the snow today or I finally feel slightly organized for the first time in a long time, but I thought it was the right time to share pictures from my winter adventures with you!

I haven’t really shared here that I started doing something last year that I used to think I would NEVER do: I tried downhill skiing and I LOVE it. Like “I-sometimes-take-days-off-in-the-middle-of-the-week-to-go-skiing” love it.  Add in some cross-country skiing and snowshoeing and I can say that this (long) winter definitely wasn’t too bad! 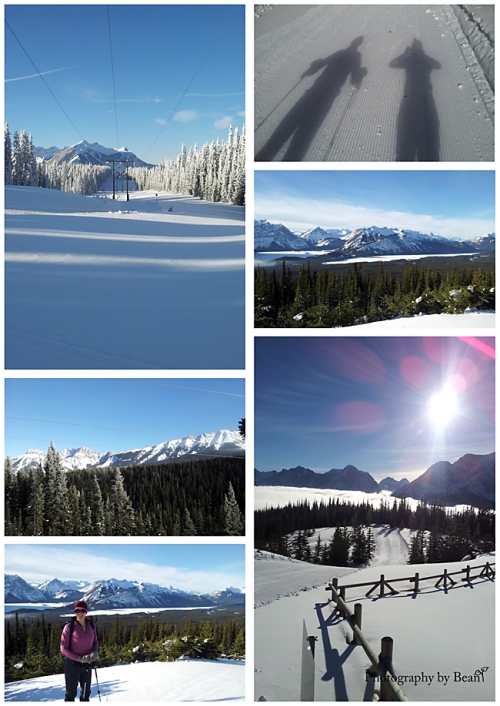 Snowshoeing up to the Fire Lookout in Peter Lougheed Park.

Downhill Skiing at Sunshine and Nakiska

I even participated in this year’s work ski trip to Whitefish! It was a really fun trip despite a few adventures due to poor visibility and splitting up with the people I was skiing with. 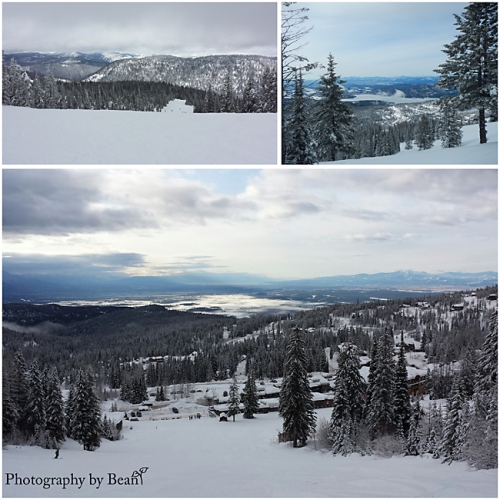 The best visibility that we had in Whitefish!

Fun Times at Whitefish! The picture on the bottom left corner is the best visibility we had on the second day!

One day Mr. Bean and I decided that we were going to try going cross-country skiing, not realizing that it was too warm for any of the waxes that we had and that the snow was so bizarre it really wasn’t worth it. It was the “longest” trip we’ve ever had – about 50m of skiing. So we went for a walk at Kananakis Village instead. The sun even came out!

I’ve met some pretty entertaining people on the ski lift – from the American guy in Whitefish who chewed us out for trying to put down the bar and then tried to make up for it by calling us “cute Canadian girls,” to the guy who asked me if I took selfies because it was my birthday to the old guys who were complaining how powder was horrible and they hated it.

I’d have to say that my favourite day of skiing was my birthday! I took my flex day and you couldn’t have asked for a better day. It was sunny, warm and the snow was decent! By the end of the day the snow had really softened up, which was kind of fun as skiing through slush makes you feel like a hero!

Birthday Skiing at Sunshine – Pretty much the best day ever! Look at Mount Assiniboine in the background!

Even though, as much as I love skiing, I am ready for spring to finally come!

Ever gotten back into something that you used to do a lot?

Upper Kananaskis Lake – Looking toward the Point and Forks Campgrounds

Cross Country Skiing is that for me. As a kid, we used to go fairly frequently and then I went sporadically as a teenager and adult. However, in the last month, I have gone three times. Mr. Bean and I decided to bite the bullet and upgrade our gear so we’re no longer using secondhand stuff from the 80s. It definitely helps!

It can be so peaceful skiing through the snow covered trees and seeing things like this creek… Plus, now that I’m used to my new skis, I can snowplow with greater control and don’t do the “ahhh!! I’m going to fall – goodbye balance!!” dance while going down hills. Am I the only person who does that? 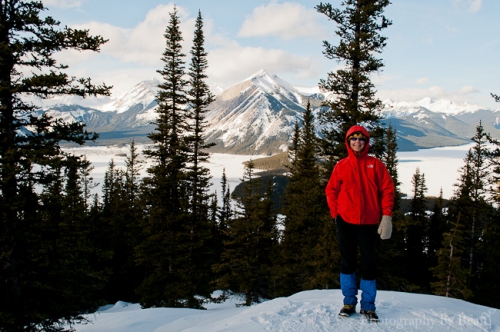 I am so grateful that I live so close to the mountains and have the opportunity to go out and enjoy them – does it make me weird if I want this warm weather to go away so it’ll snow so I can go skiing?

No twigs or pine needles in my eyes – my safety glasses did their best to replace my broken sunglasses.

Last weekend my mom and I headed out the Peter Lougheed Park and skied up to Blueberry Hill. It was a beautiful and warm day and lucky us got spoiled on the way back – what an amazing sunset to end a fantastic day!

I tried to adjust the colours so they looked similar to what I actually saw – still is nothing close to the real thing!

Have you gotten back into something after not really doing it for a while?