Now that the first frost has come along, many of the bushes are now finally changing colour. They really are a treat for the eyes with their green to red colour spectrum.

I’ve been trying to get outside as much as possible lately to enjoy the colour show while it lasts, but I haven’t been super successful. These past few days have been quite hectic around here!

On Friday, I went and saw Footloose with one of  my friends and it was alright. Is it bad that throughout the whole movie I was analyzing all the characters’ behaviour and their issues?

We also attended an amateur piano competition that my friend’s brother was in and won! (Congrats to him!) I thought it was hilarious because three of the competitors were engineers and the other a financial analyst. You know you’re in Calgary when…

I’ve also been doing a fair amount of photography – between my course on Saturday, and three different family shoots yesterday, today and tomorrow, I’ve been pretty busy! The one tomorrow is of a month old baby and a toddler – does anyone have any suggestions about how to photograph babies? (Since I obviously don’t have any myself.)

One thing I haven’t been doing a lot is exercise and it shows. So, I’m off to the gym to do a hopefully fairly intense workout in hopes of improving my mood before my next shoot!

How was your weekend?

These photos are my submission for this week’s Pumpkin themed (Oops. No pumpkins around here!) Good to Wow: Shoot and Edit. 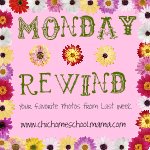