Today Mr. Bean and I are off to Vancouver Island for a well deserved holiday! I probably won’t have internet access, so I hope you all have a great week!

Mr. Bean and I just got back from watching the second Transformers movie, keeping in line with our month-a-versary/anniversary transformer watching tradition on opening night.*

The verdict? Ah-mazing! There were a few awkward moments a la the first movie but it came together really well at the end. Most of the time I was caught between laughter, marveling at the graphics and being semi-anxious about the main characters during the intense action. (Am I the only one who gets anxious when the main characters of a movie are in mortal peril?) I don’t want to give anything else away, so watch the trailer and then go see it in theatres!

*Mr. Bean and I went and saw the first Transformers movie on opening night, which also happens to be our 2 year dating anniversary and the day that we got engaged! Yesterday just so happened to be our 10 month-a-versary, so the movie release had good timing!

Tonight, I made the finale cake for my Wilton course 3. I have to say that I am terribly impressed with myself – it’s not perfect but it turned out nicely! 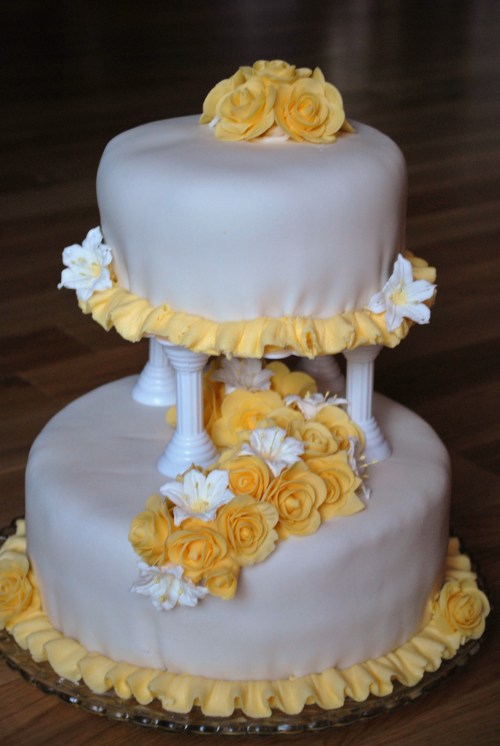 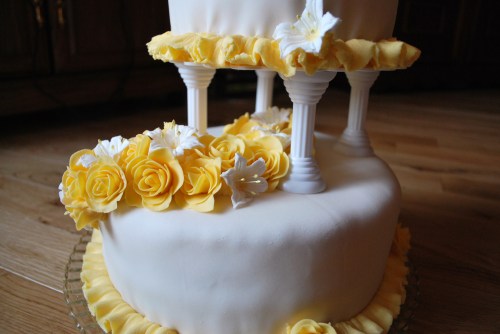 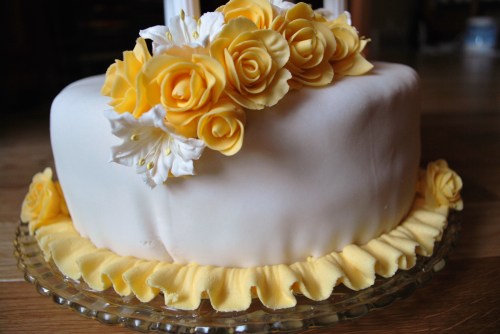 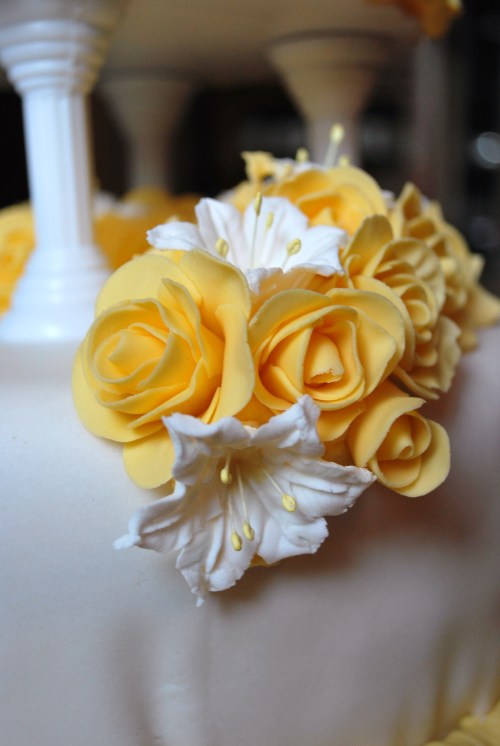 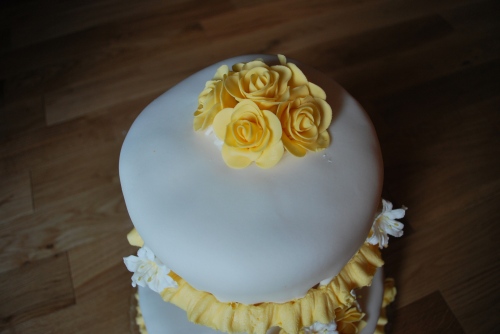 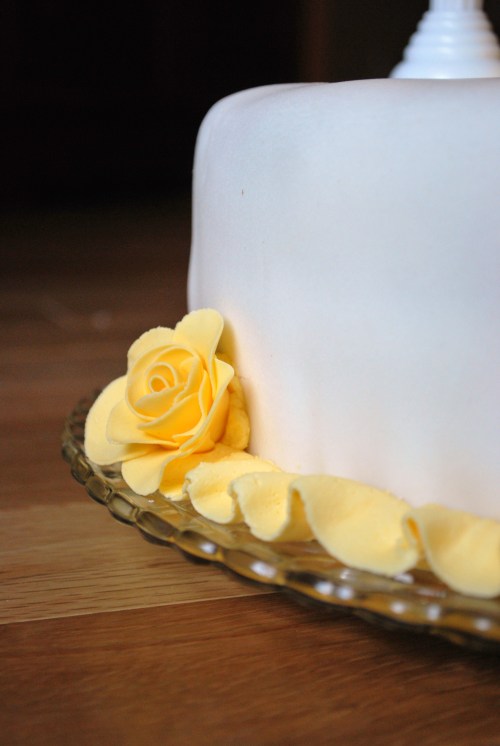 Having made my own cake, I now realize why my wedding cake was so expensive!

Today, I was the only person in my class. Where the other 5 people went, I have no idea. At least it meant that I had some nice conversation with my instructor about cake decorating and things.

I got to make flowers using a lily nail – it’s like a rounded cup shape with a stick out of the bottom. I made lilies, petunias, poinsettias and morning glories. I made extra lilies so that I can put them on my finale cake*! 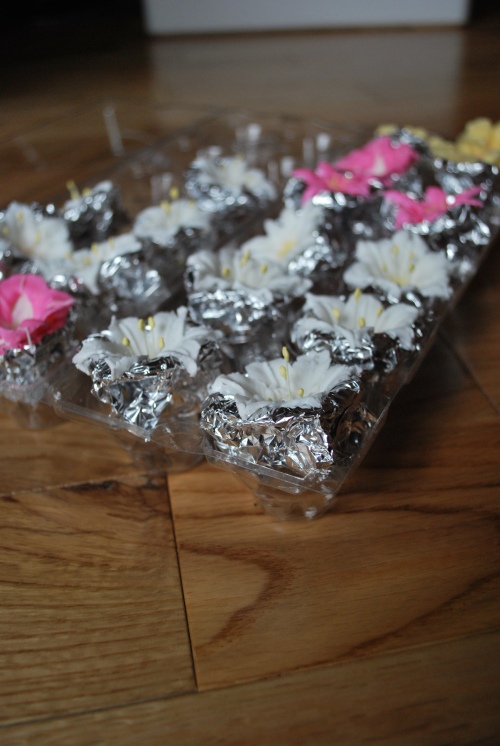 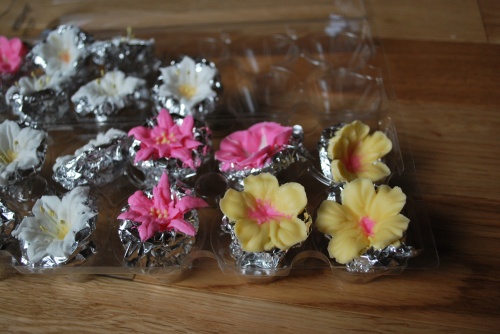 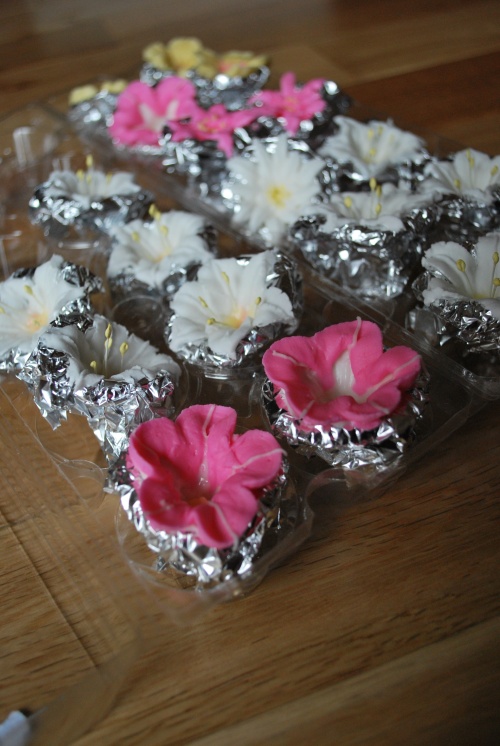 * I am going to be making the finale cake tomorrow as next week I’m on Vancouver Island!

When Jenna posted about this quiz, I wanted to take it. 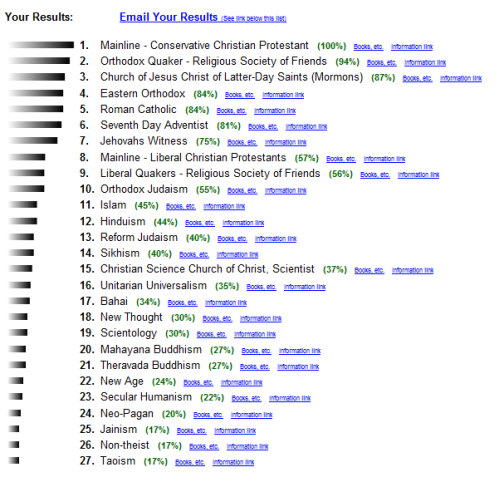 I’m not surprised by the first answer – I have grown up in the Anglican (Episcopalian for you south of the 49th parallel) Church. I didn’t know that I have similar beliefs to Quakers – do you know what they believe in?

What do you believe in?