For May’s date night, Mr. Bean and I went to one of our favourite Greek restaurant, The Broken Plate. (Come to think of it, I haven’t found a Greek Restaurant that I haven’t liked…) 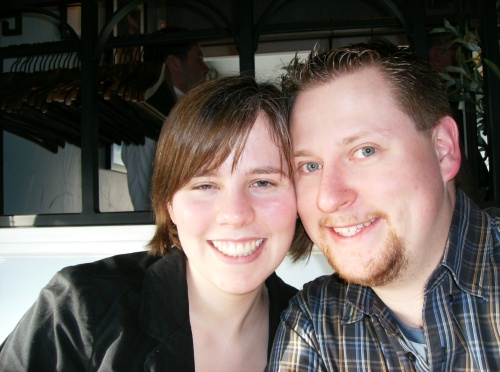 Mr. Bean had his favourite – Calimari – for an appetizer: 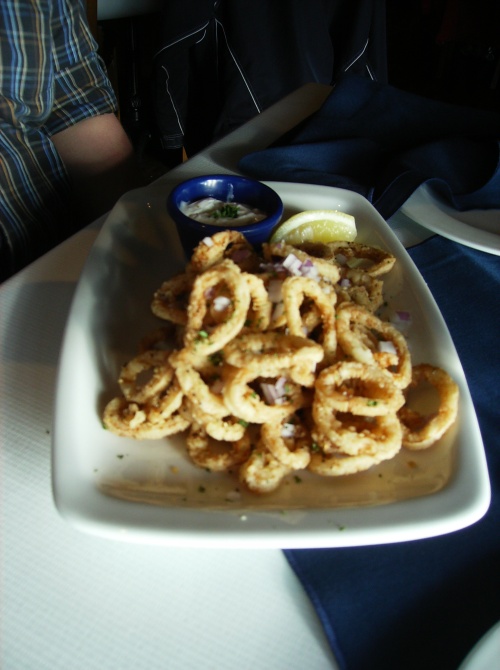 While we were waiting for dinner, the servers danced to Zorba the Greek: 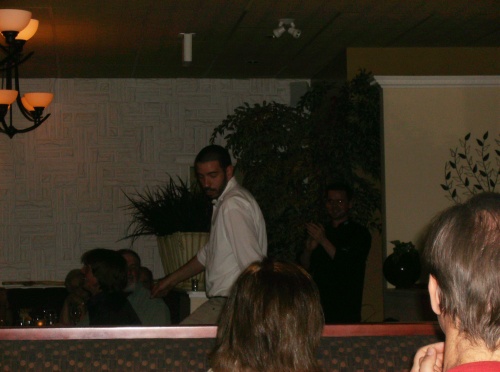 Our dinners were especially tasty. I had lamb slovaki: 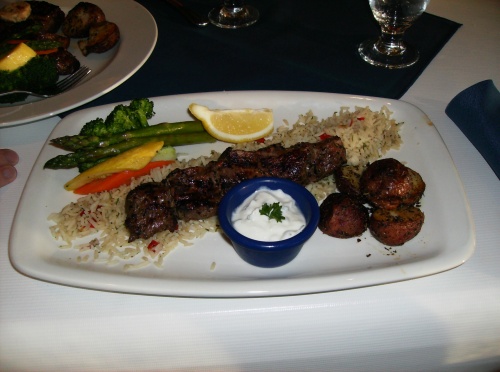 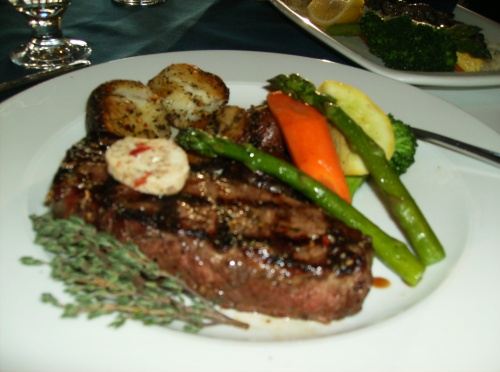 For dessert I had my favourite, creme brulee: 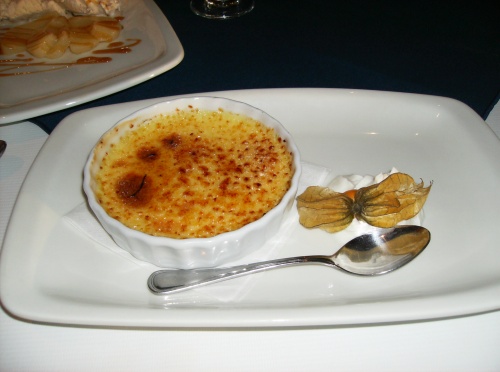 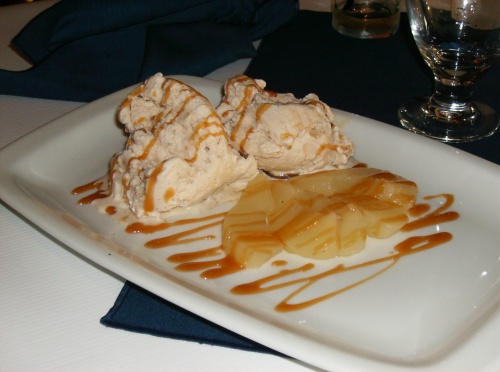 After dinner, we attempted to watch The Beatles’ “Hard Days Night”, but it overheated our playstation moonlighting as a DVD player, so we watched the Transformers instead. All in all, it was a great evening!